How can we help you?

Albin Pump peristaltic technologies are ideal for applications geared at lithium-ion and solid-state battery production. Utilizing proven peristaltic pump technology, our hose pumps are designed to be robust for handling very abrasive and corrosive substances, yet precise for accurate dosing and metering of binders and additives. In addition, our hose pumps provide measured low shear pumping to protect the sensitive media they are transferring.

When handling highly acidic compounds such as acid slurries, only the interior of the rubber hose comes in contact with the medium, with no metallic parts exposed. For added protection, the pump casing contains a lubricant that reduces friction and insures the best pump performance with a minimum of maintenance. Our peristaltic pumps also come in dry-running varieties that deliver high performance with low upkeep and prevent contamination to protect the integrity of the product.

Our peristaltic pumps meet the strict requirements of the lithium-ion battery manufacturing process. They are manufactured without copper, zinc or nickel.

Lithium-ion batteries (Li-ion) have been successfully implemented as a popular power source for a wide range of applications, including most noticeably, portable electronics such as notebooks and smartphones. They also have become an essential part of electric and hybrid electric vehicle production. Experts predict an up to 50% increase in EV sales in the next 15 years.

Though currently a very popular and dependable technology, one caveat remains – the limited supply of lithium reserves that will in the future limit their application.

As a more future-safe alternative, the solid-state battery (SSB) has experienced a renaissance. SSBs, which use materials discovered in the 19th century, are typically used in healthcare, wearable technology and drones. The SSB resurgence is especially true for EV manufacturing, with global car companies already investing in the development of SSB technology for their uses. SSBs have higher energy density, require less space, and are lighter weight than lithium-ion batteries.

With some kinks such as longevity and high material costs still to be improved, SSB is set to take over Li-ion technology in the future.

A Look at Li-ion and SSB Battery Manufacturing

Li-ion and SSB battery manufacturing utilize the following complex processes to arrive at the final product:

Engineering the cell components that ultimately will lead to manufacturing the battery cell (stages 1 and 2) requires chemical compounds to be safely combined and moved between pre-processing, reaction and post-processing phases to create a functioning cathode and anode. Cathodes and anodes are electrodes that allow the battery to carry an electrical current.

The cathode and anode form a basic electrical path. A cathode is the electrode from which a conventional current leaves a polarized electrical device. The anode is an electrode through which the conventional current enters a polarized electrical device. The capacity and average voltage of a battery is defined by the cathode. Meanwhile, the anode stores and releases lithium ions, which allows currents to pass through an external circuit. Electrons travel from the cathode to anode when the lithium-ion battery is being charged. When the battery is powering a device, the electrons travel from the anode to the cathode. 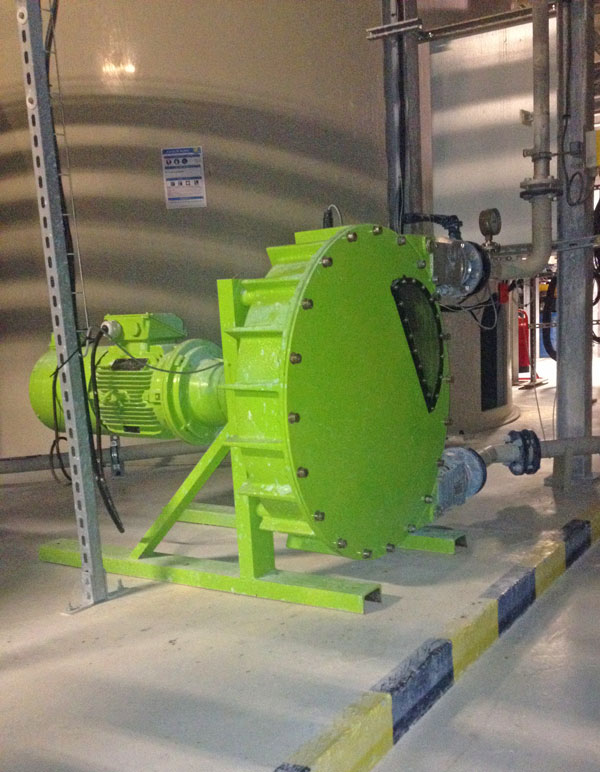 The handling of chemical compounds to create a battery cell requires specialized equipment to transfer the chemical media, which comes in the form of a fluid or a powder. The chemicals handled are usually abrasive, corrosive, or shear sensitive. Special considerations must be taken when choosing the equipment that can endure such compositions.

It is critical that non-conductive wetted parts are used in cathode production. Conductive/metallic parts that come into contact with the cathode slurry will pose a threat for contamination and can affect the quality of the lithium-ion battery cell. For this reason, makers of peristaltic pumps used in the process must meet the strict requirements of lithium-ion battery manufacturing by not using copper, zinc or nickel in the components of their pumps.

A plant will implement specialized lithium-ion or solid state battery manufacturing pumps to carry out the majority of chemical media transfer used in the following processes integral to the manufacturing of battery cells.

Cobalt and nickel are raw materials used in the production of precursor materials for cathodes in Li-ion batteries, while sulfide ionic conductors such as lithium argyrodite are used in SSBs. To create the precursor material for a cathode, the following process stages are used:

These processes require that the integrity of the product is carefully maintained by utilizing reliable and low-shear pumping equipment that provides accurate proportioning, dosing and/or metering. Most Albin Pump hose pumps applications occur during the cathode manufacturing stage of battery manufacturing. A list of these applications can be seen after the separator film/electrode coating section.

Graphitization is the process of exposing raw materials to extremely high heat (2500 to 3300 K) for a prolonged period of time to create natural or synthetic graphite used to manufacture anodes. In addition, the graphite is purified with hydrofluoric, hydrochloric, and sulfuric acids.

Specialized pumps are required during anode graphitization to transfer acidic slurry, to filter acids and impurities and for wastewater treatment.

Separator film is a permeable membrane that is placed between a battery’s anode and cathode. The film prevents the electrodes from coming in contact but allows for free movement of ions between them. They act as insulators but can conduct ions.

Electrode coating achieves the same result, except it uses a specially formulated slurry. This is a mix of solid conductive particles along with active materials, polymer binders and a solvent medium. The electrode is coated with the slurry and then dried.

Separator film is created using a specialized plastic extrusion method that creates long rolls of the film, while in electrode coating, the slurry is “tape casted” on current collectors.

Applications for Albin Pump in Li-ion and SSB Battery Manufacturing

Pumps are needed to fulfill various functions in both Li-ion and SSB manufacturing processes. Albin Pump peristaltic pumps are designed to meet and exceed the requirements of these processes, including: 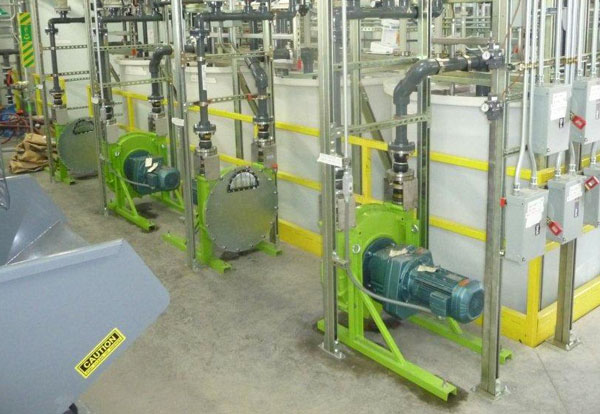 Both rechargeable battery technologies, though complex to manufacture, present a solution to our portable power needs. Since the introduction of Li-ion batteries in 1991, the lithium-ion battery market has been growing exponentially and was valued at $45.3B in 2020. It is projected to grow by more than 15% by 2026. Meanwhile, the SSB market is expected to reach roughly $1.4 billion USD by 2025.

Fueled by market demand for portable electronics and electric and hybrid electric vehicles, factories dedicated solely to Li-ion and SSB battery manufacturing have sprouted up across the globe. To quickly ramp up global production to meet skyrocketing demand, these battery plants are looking to heavily invest in the most economical and reliable battery manufacturing equipment. They are expecting high and efficient output to keep them competitive in the market.